I have a new tool to help me store the current abundance of fruits and veggies our garden produces. Although it’s new to me, many folks around the world regularly use dehydrators to help preserve all kinds of food. I went for a model that isn’t too much of a splurge, uncertain of just how big a fan I’ll become.

I blanch and freeze many crops for year round consumption, from broccoli to kale to green beans to cauliflower. Freezing is an excellent way to preserve vitamins, but at certain times of year, freezer space is at a premium.  Other crops I store in sauces and jams, from apples to berries to tomatoes. There’s plenty of produce that doesn’t resuscitate from freezing or canning very deliciously, at least not to my liking, so a dehydrator comes in handy. Harvest season has me appreciating this new tool.

So far I’ve run it three times — two times for apple rings and another for beet and zucchini chips. Yum! For those who aren’t familiar with dehydrators, the temperature is adjustable, and you simply let it run for differing lengths of time, depending on the water content and thickness of food you’re drying. 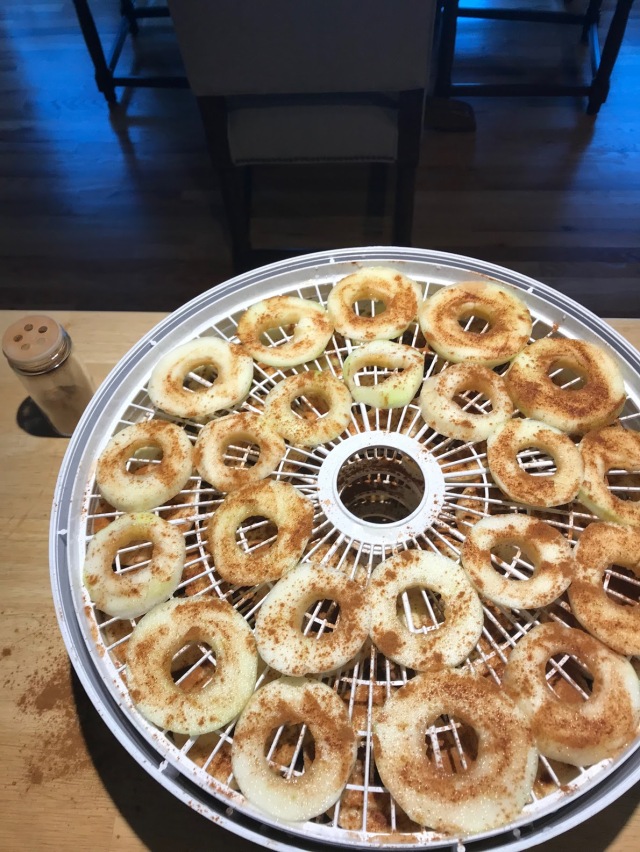 Hubby, who normally shies away from cooking, has been a big help on his break from teaching. He peels the apples, I slice them and arrange them on the machine’s trays, then he sprinkles them with cinnamon. He’s got upcoming bag lunches and snacks in mind! After the beets and squash were sliced, I tossed them with spices like garlic powder and smoked paprika before dehydrating. 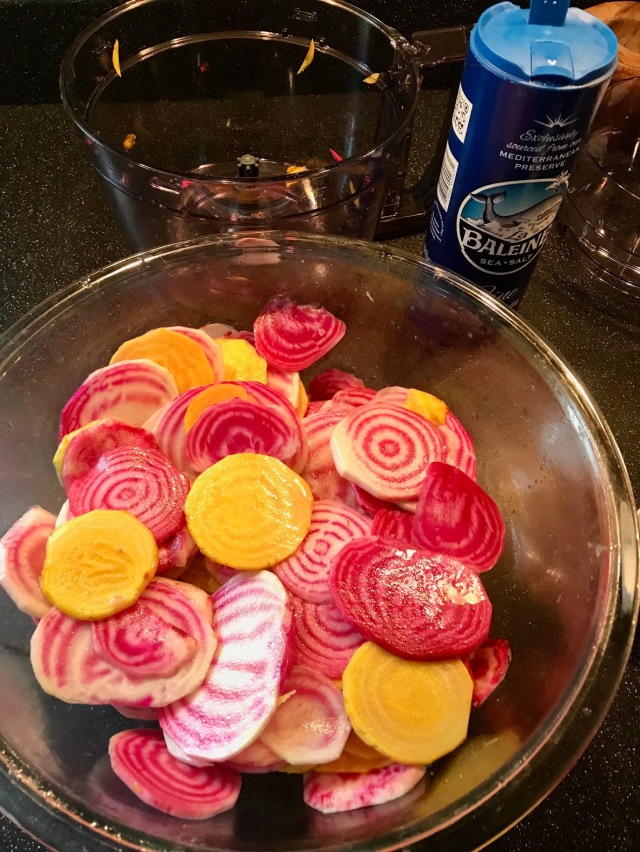 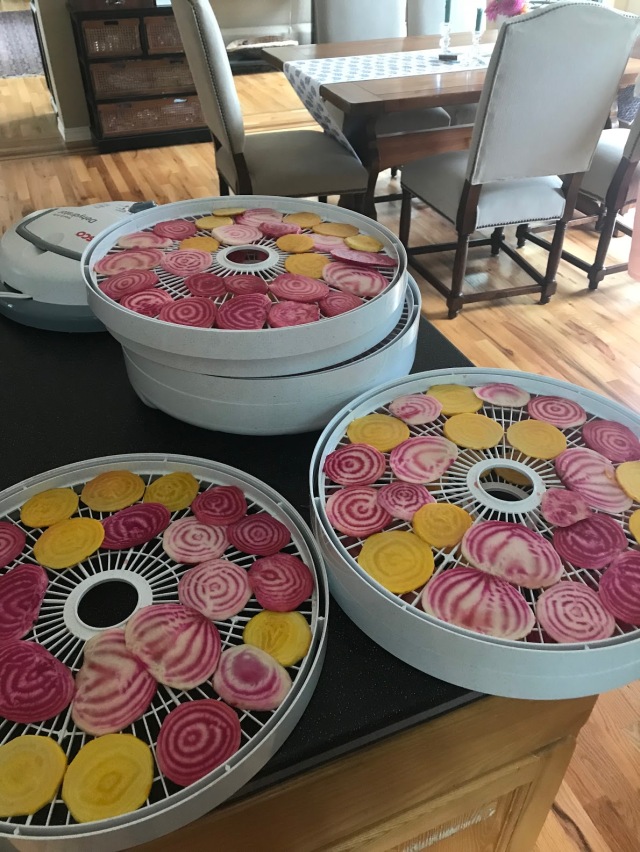 By the way, there’s an undiscovered (perhaps better that way?) world of dehydrating fanatics on YouTube. Most of them are preparing for a big disaster, while I’m just trying to store this year’s harvest. The local Food Bank welcomes most of my fresh, extra produce, but at times they are inundated with apples and zucchini, and the volunteers have to try extra hard not to roll their eyes when they see me approaching…

I have plans for lots of dried pears, apples, and plums. Fruit leather is easy to make with trays the dehydrator came with, and our abundance of eggs can even be dried. I’ll try drying chunks of squash and carrots for use in soups and stews through the winter. My current crop of Walla Walla sweet onions looks too large to use up before they spoil, so I’ll probably try dehydrating onions, even though I usually dice and freeze those.

I can’t grow bananas, pineapples, peaches, or apricots, but all of those dried will make yummy snacks. At this point I don’t have plans to dehydrate meat or to make jerky, but a vegetarian backpacking meal is definitely going to be in my repertoire before long.

9 thoughts on “Drying The Bounty”