This week has already brought us stunning views across the Strait to Mt. Baker and more rain to boot. Those dark clouds directly above our town held great moisture the garden is loving.

Between rain showers, we’ve accomplished some major pruning, an excellent and necessary January task. Half of Coppertop’s six red currant bushes, Ribes rubrum, are now sporting new looks, and I’ll complete the other three in this next week. I’ve made tasty currant jelly from their gallons of fruit for two summers, yet these bushes could be even more productive and healthy with proper pruning. These were over seven feet tall when we began and were spreading way too far in all directions, impeding nearby plants and people. Below shows a duo of currant bushes before and after, although I grabbed my camera midway through. 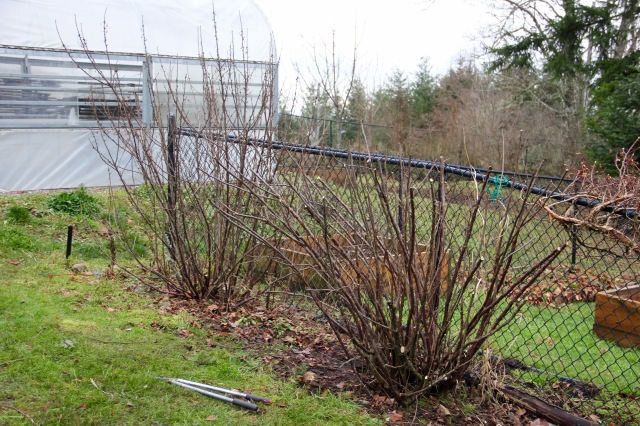 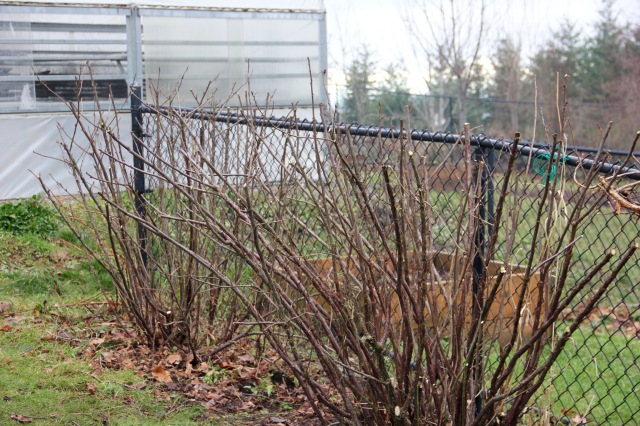 When leafed out and in the early stage of currant production, these shrubs were huge. 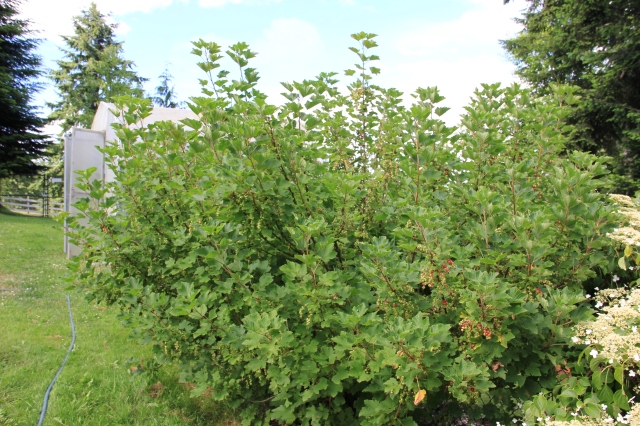 To keep the bushes producing fruit well, we removed about a third of the oldest branches or canes at ground level. as well as canes that met any of the “Five Ds” of pruning —  dead, diseased, damaged, duplicate, and directionally challenged limbs. Next, all upright shoots and canes were trimmed by about a third. The younger canes have a pretty purple sheen, while oldest are silvery and covered in lichen.

Below is another before and after of a particularly large currant bush we’ve had to tie up to contain. The lopped canes were burned on the fire since we don’t own a shredder and the branches don’t compost well. 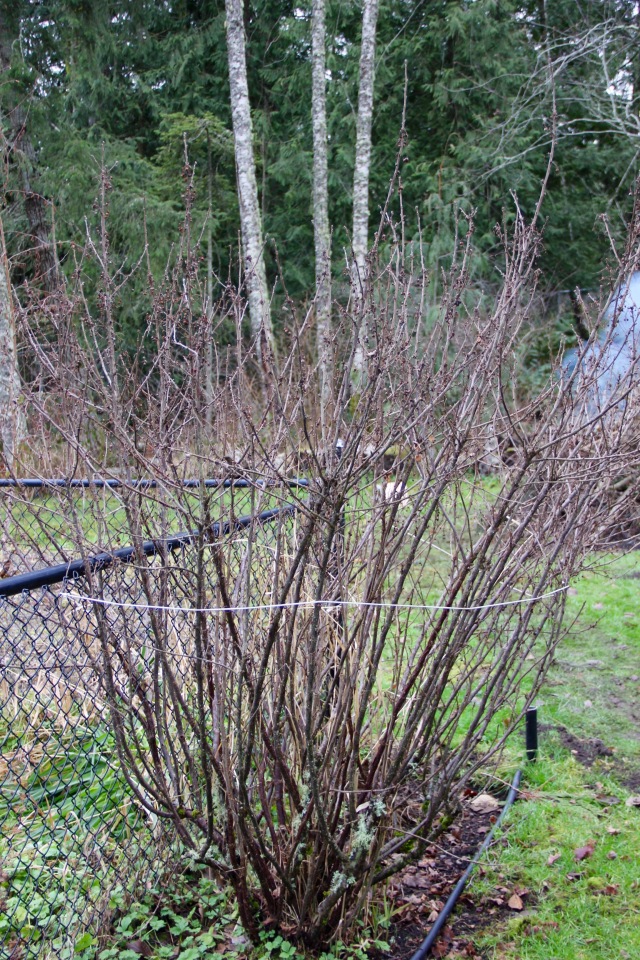 Resting after our efforts, I made tea in the kitchen and finally snapped a photo of a Red-breasted Nuthatch through the window. These little acrobats are usually too quick for me. While I sipped tea I envisioned summer 2016’s luscious currant harvests. Perhaps the nuthatch paused to dream of the currants too. 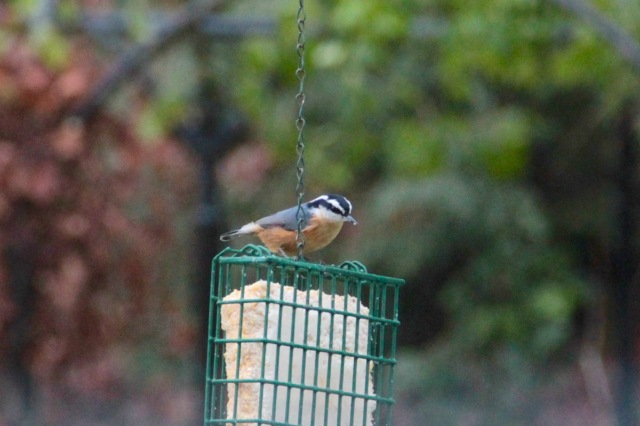