Today we return to the vegetable garden, overflowing with healthy greens. Views from both sides: 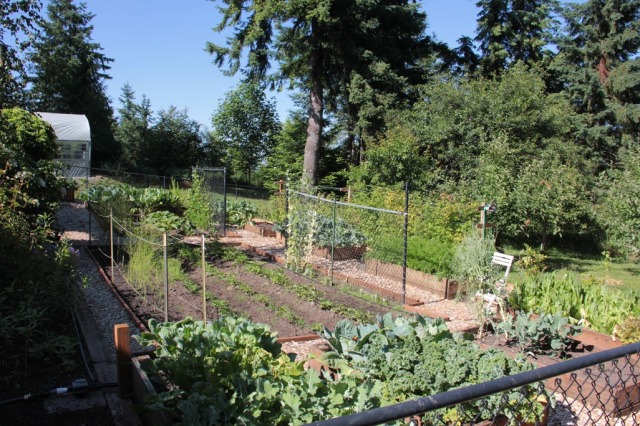 This week I’ve harvested over six pounds of broccoli, and about half remains in the beds. Most I’ve frozen, and some has made its way to our dinner table. The chickens love the greens and stems on the plants I’ve tossed to them, thinning the bed for a later harvest of side shoots. 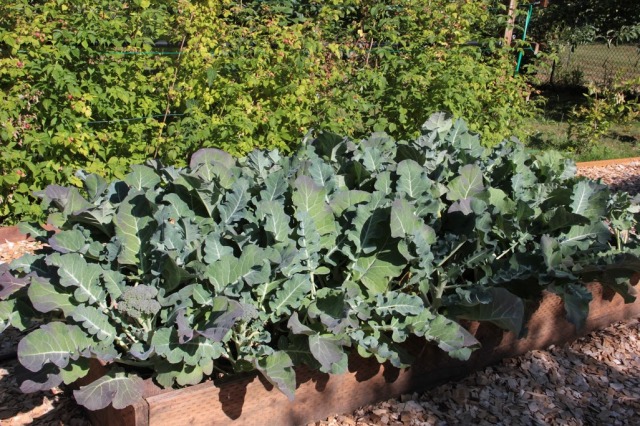 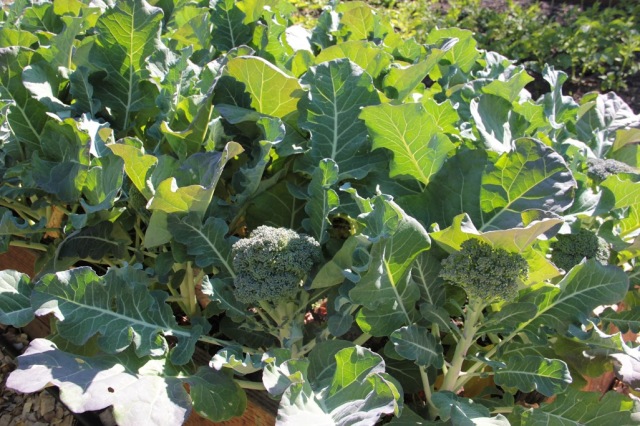 Peas are definitely slowing down as happens mid-summer. I was surprised by how tall these grew — well over six feet. I’d guess I’ve gradually picked just over a couple pounds of the peapods.

Zero luck with English peas this year, even though they looked like they would do well initially. They died or were eaten soon after sprouting. I’d love to have success with fall peas, so I’d better get on that.

I’ve been slow to replant a couple of empty beds, letting life get in the way. Also, when I have time this weekend I’ll harvest a few beds of kale then blanch and freeze it. Varieties that have done great are Blue Curled Scotch, Premier Smooth Leaf, and Red Russian. Nearby, the cauliflower heads are growing each day. 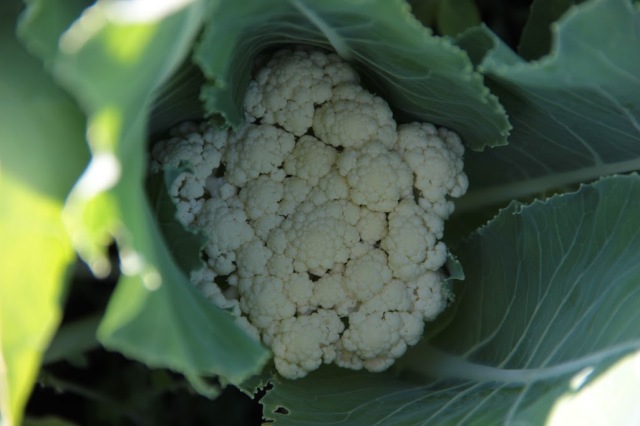 July brings the cucurbit hills to life at last! The first yellow squash are just about ready. Quite a change from the view three weeks ago, shown second. 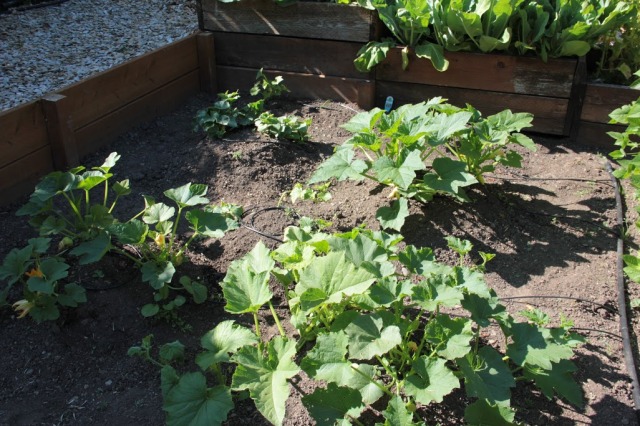 Alongside all the greens, our first raspberries are plump and ripe for picking, just a week or so later than last year.

We’ve had no rain for many weeks, yet the drip irrigation system has done its work remarkably well, evidenced by the vitality of these veggie beds.

Be sure to stop by and visit Cathy at Words and Herbs who hosts The Tuesday View each week, welcoming gardeners to share the fruits of their labors.