While family on the east coast has dealt with masses of snow, our area of the Olympic Peninsula has received over five inches of rain this week alone. Forks, WA, west of us, one of the rainiest places in the contiguous states with 120 inches of rain annually, received about nine inches last week. All this moisture has thoroughly saturated the soil and left the gardens muddy.

Undaunted, the hens continue to free range and pull worms from the mud. They’re back to laying at least a few eggs a day, for which we are thankful. 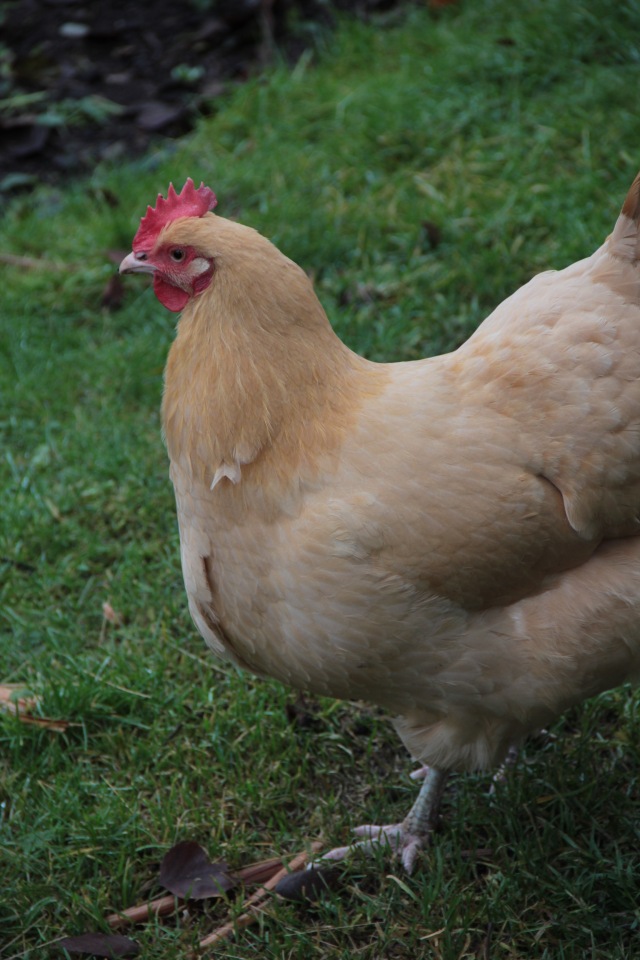 The mud, barren trees, and gray skies are verging on monochromatic, so it’s a pleasure to view berries and small violas persisting through January. 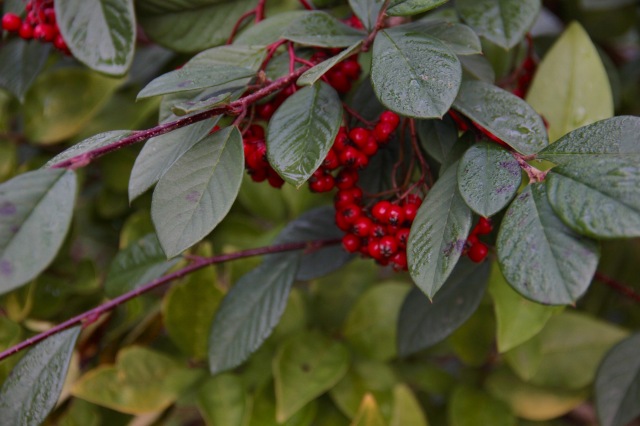 Hubby and I spent this weekend down past the raspberry hedge in the orchard. The fruit trees were in need of pruning. We’re amazed by how many hours and how much concentration this task takes. 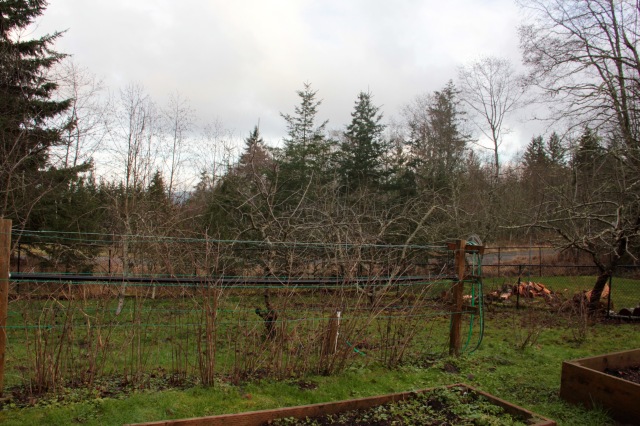 Pruning requires a critical eye, bravery, and an unwavering focus on the end goal of productive, open, vase-shaped trees. Some of the largest limbs we sawed from the Yellow Transparent apple trees, but even the young Italian prune plum required shaping. Generally, cherry and plum trees should be pruned in summer, but structure is much more apparent in the winter, making pruning easier.

Clean-up meant heaving an enormous pile of small and large fruit tree branches over the low orchard fence toward the burn pile. We’ll burn these when things dry out a bit. 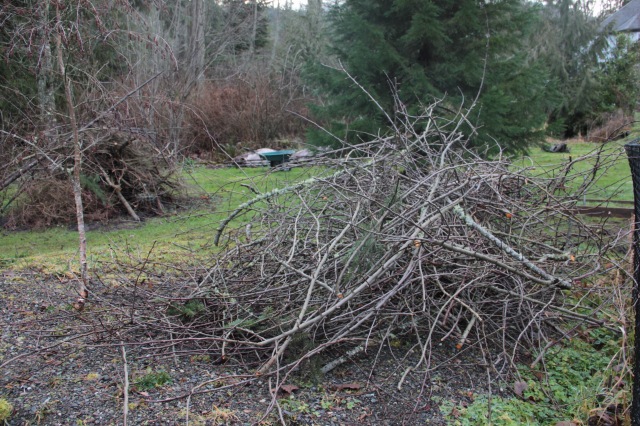 Gray skies, barren trees, and patches of wintry dirt may appear dull, but the truth is, much is growing at Coppertop. The garlic bed is filled with sprouts, the hyacinth and daffodil borders show signs of life, and spring’s promises lie two short months away!