2016 began with a bang! We purchased 20 fireworks called “mortars” from a stand at the Lower Elwha Klallam tribal grounds and ooohed and aaahed at their huge beauty. 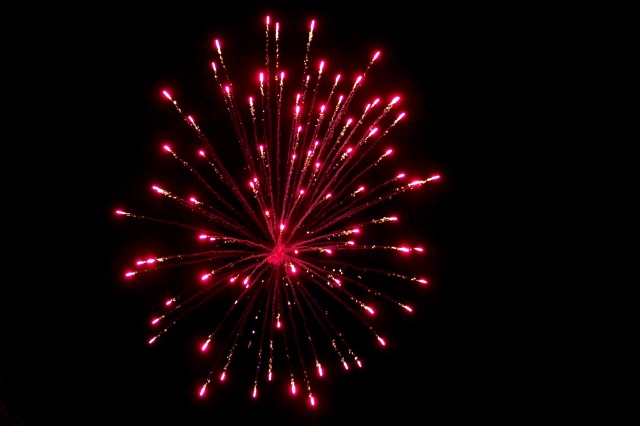 All of us were tired wimps, so Son set them off well before midnight high above frosty Coppertop gardens. The rest of the family huddled beneath heavy coats and scarves on the deck to admire the fireworks.

For over a week we’ve been under a thin layer of ice. In the bouts of weak sunshine, half of Coppertop has melted enough to qualify as slushy. Temps have climbed only to the upper 30s which can make being outside both a drag and treacherous. Cozy times indoors! We also chose to celebrate our togetherness by getting up to the snow at Hurricane Ridge and out to a couple of beaches where the weather was a tiny bit milder. 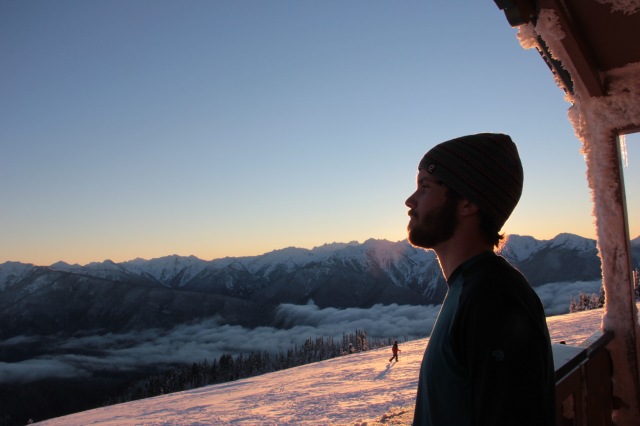 The home now echoes since the kids have returned to their lives. A stillness lies over the gardens, where sound is muffled by the ice. 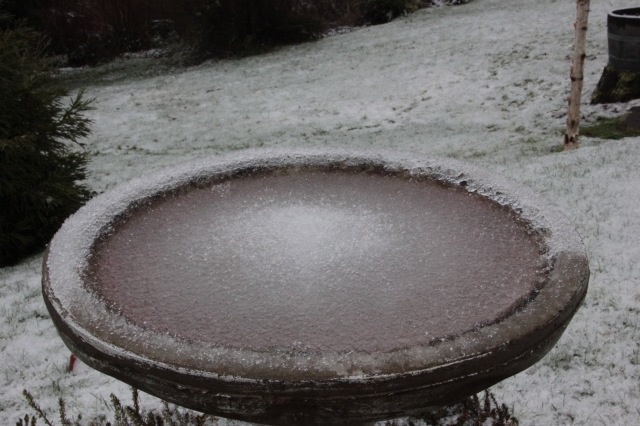 Garden chores have taken a backseat. There’s satisfaction in having completed many late-fall tasks. Bulbs securely chill in their pots, protected from hungry squirrels and chipmunks.

The hens continue to free range in the afternoons, strutting through the frost and sticking beaks into green patches. Their waterer has frozen solid repeatedly so a heated dog bowl keeps them hydrated in their pen.

A new bird sighting (!) promises more excitement to come in the new year:  Today I spotted a  Bufflehead Duck in the pond. She was diving for treasure in the icy water. By the time I grabbed my camera and attempted to focus, I’d startled her and she lifted off.

We raised a glass of Coppertop Cider at our yearly beach celebration and wished a Happy New Year to all! 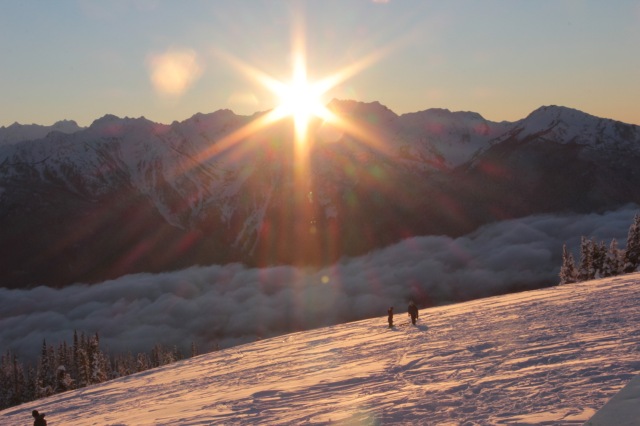