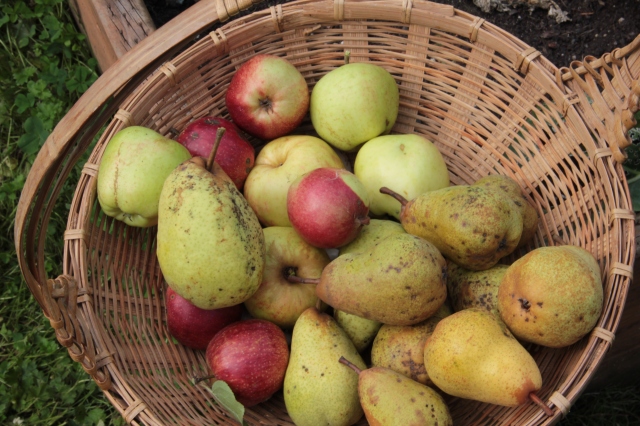 The first pears are falling off of our two pear trees, so we’ve officially begun harvesting. I haven’t identified the variety yet. Pears are not like apples; pears should be picked when still hard, but when the stem easily separates from the branch when the fruit is lifted, and allowed to ripen on their own. I’ve learned much from reading an interview with David Sugar, a science professor and fruit expert at Oregon State:

“Pears must go through a series of changes before they can deliver their full splendor. Pears do not ripen on the tree to our liking. If allowed to tree-ripen, pears typically ripen from the inside out, so that the center is mushy by the time the outside flesh is ready. Commercial pears are harvested when they are ‘mature.’ In pear language, that means they are picked when they have reached the point where they will ripen to good quality, sometimes with a little help, but definitely off the tree. So the frequently heard notion that pears are picked when they are still hard and green as a convenience for enduring the long truck ride to market misses the point. Once commercial pears are picked, growers cool them down to about 30 degrees F. They don’t freeze at this temperature, because the fruit sugar acts like an antifreeze. The colder the pears are, the longer they’ll stay in good condition. In fact, they actually need to be cooled in order to ripen properly. Bartlett pears need to be cooled only for a day or two, and winter pears such as Anjou, Bosc and Comice require 2 to 6 weeks for optimal effect. Without this chilling process, a mature picked pear will just sit and sit and eventually decompose without ever ripening. The pears sold in the grocery store or delivered by companies such as Harry and David are mature and have already received their postharvest chilling. They are ready to ripen. Pear ripening must be closely watched. There is a relatively narrow window between ‘too hard’ and ‘too soft’ where the perfect pear texture lies.” 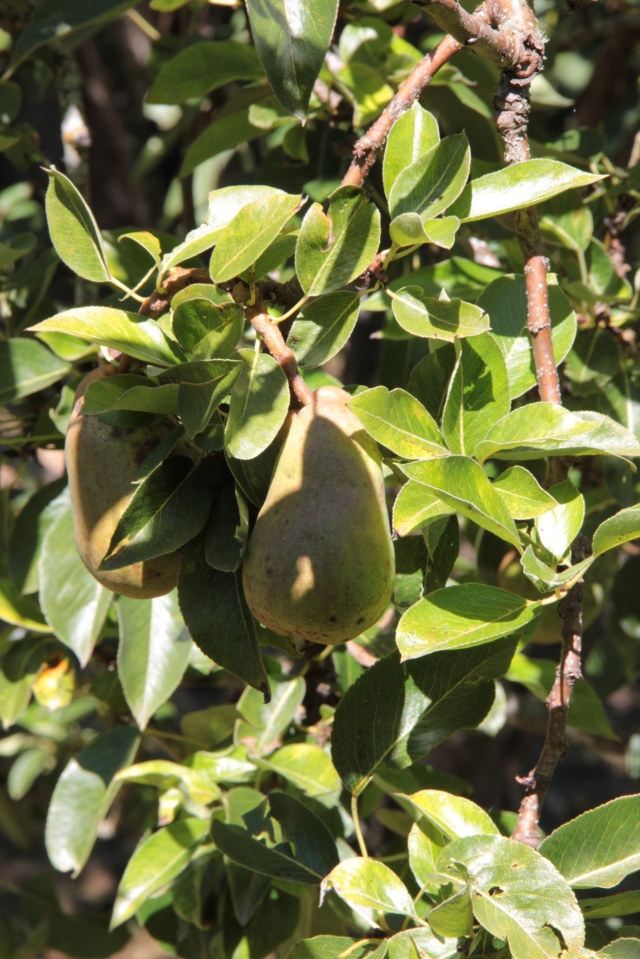 It can take up to a week to then ripen pears on the counter. As with some other fruit, putting them in a paper bag with apples can speed up the process, due to the release of ethylene gas. We have plenty of apples to help the pears along! 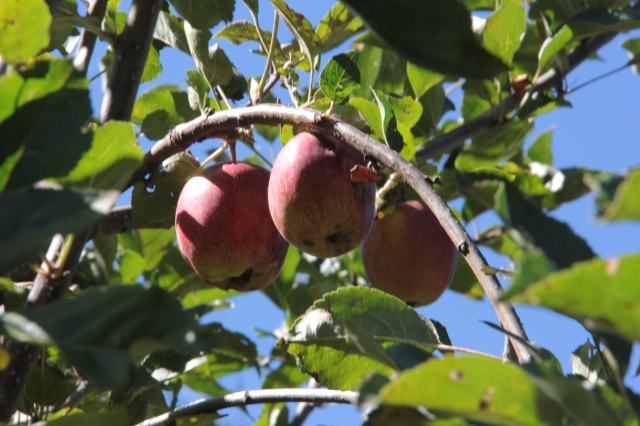 Bruised, bird-pecked, and rotten pears have become the hens’ favorite treat. They show their appreciation by faithfully giving us 9-11 eggs daily.  The hens have smoothly transitioned to fall and shorter days with the help of a supplemental light and a homemade broody buster, but more on that another day…