This weekend I harvested another crop from something I didn’t actually plant. Freebies are fun! 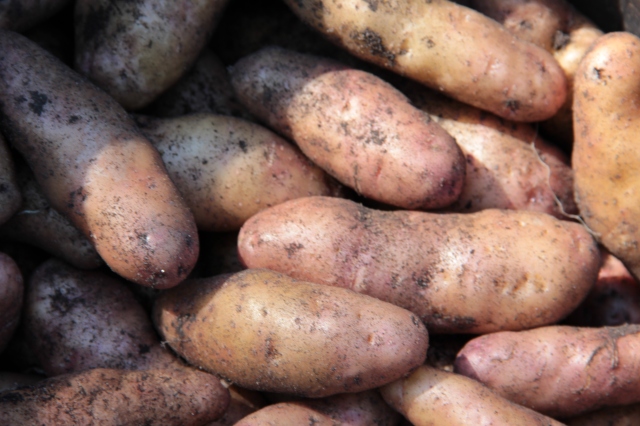 Fingerling potatoes were in the soil of one raised bed when we moved into Coppertop back in January.  I only recognized them by their green vines which grew from early spring onward, and just browned in the last couple of weeks. In April I dug up one potato — a tiny specimen — to be sure the vines were actually from potatoes.

In Portugal, a large field at our farm  had been planted with potatoes before we moved into our rental, and the terrific gardeners tended it, harvested it, and left us an enormous bag of yummy, waxy red potatoes that lasted us for many months. They carted other giant bags to the local market to make a few euros. The tiny pieces of potatoes left behind after machine harvesting continued to send up green vines, and we dealt with these while growing and tending many other veggies in the field the following year. Here’s the Portuguese potato field with its million-dollar view just after we moved into our quinta: 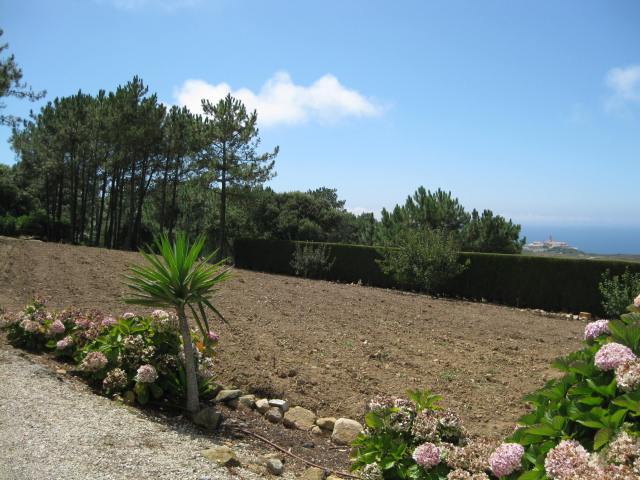 That was a wonderful place. But I digress! Coppertop potatoes came up easily, as did this old marker which was made by the previous owners and had been buried. 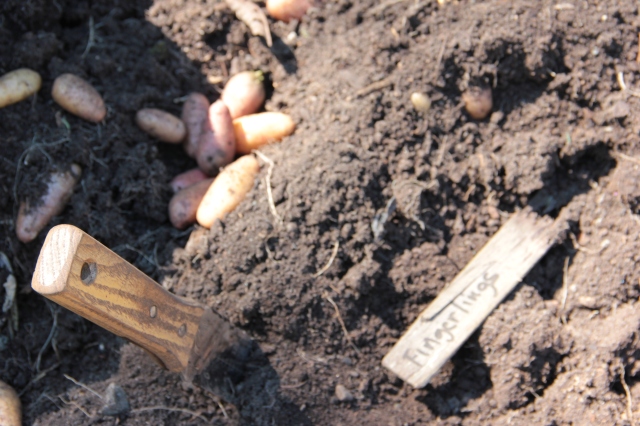 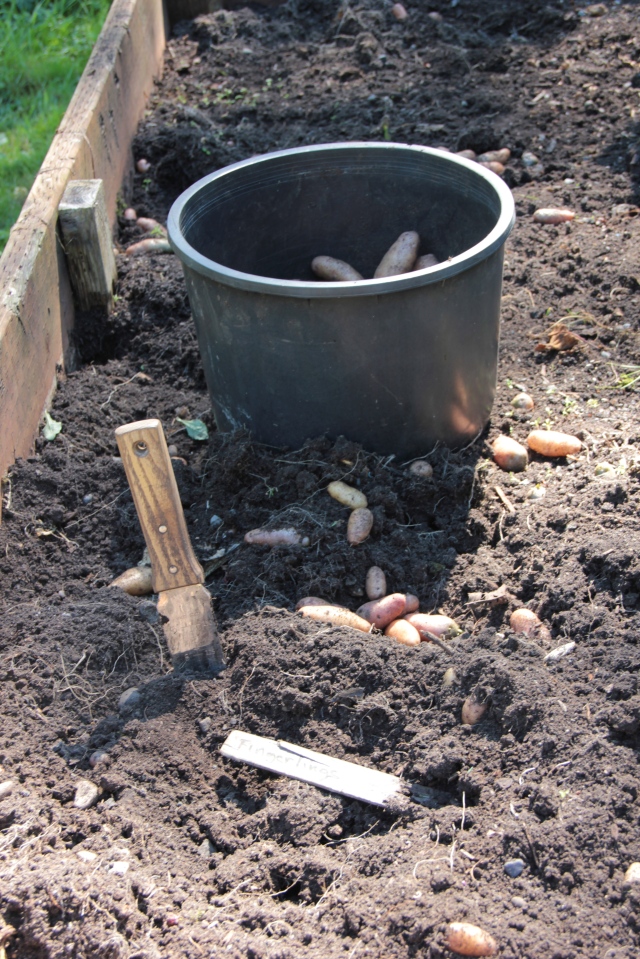 I harvested about half and will gather the remaining potatoes in a week or so if the dry weather holds. I’m not certain yet what I’ll plant in the crumbly, vacant bed after I add compost, but it won’t be anything from the nightshade family, or Solanaceae, which includes potatoes, tomatoes, peppers and eggplant. Crop rotation is the healthiest practice. 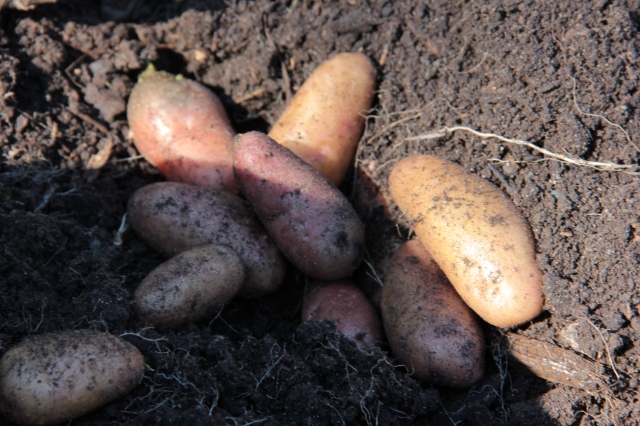 One thought on “One Potato, Two Potato”