Veggies and fruits aren’t the only things thriving at Coppertop in this week’s sunshine.

There’s an area of the fenced veggie garden I consider a type of “test garden” since the previous owners planted a crazy, wide variety of blooms there. What great gifts for us, with little work on our part! This week, the stargazer lilies are blooming, as well as other fragrant pink varieties. I’ve brought some indoors and their fragrance has permeated the house. Stargazers remind me of a sweet friend, Sue R., who once told me they’re one of her favorite flowers. 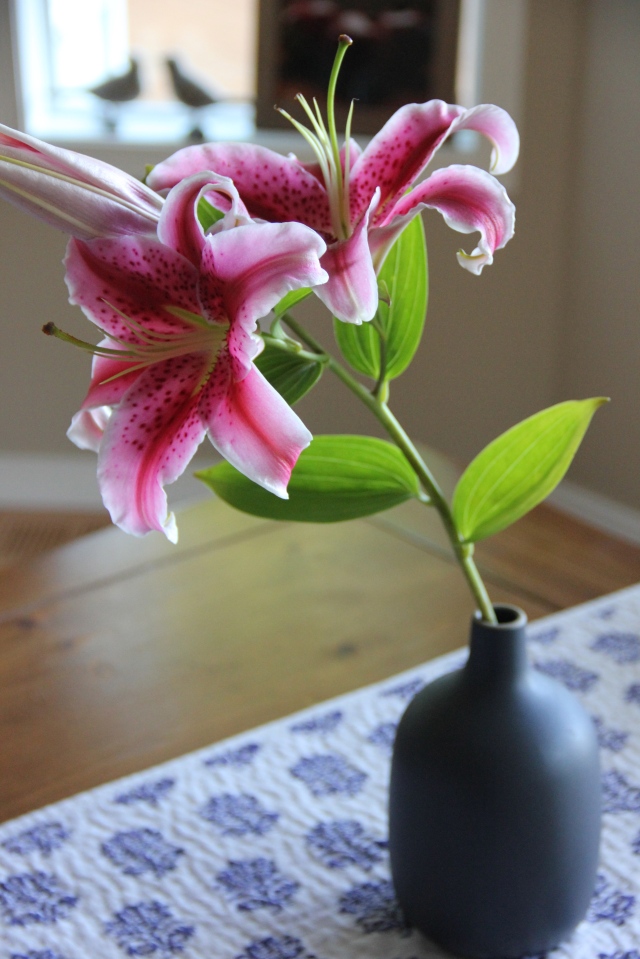 Near the dahlia beds and greenhouse grow two raised beds of gladiolas. I’ve never grown glads before and am enjoying their mass of bright, cheerful colors. These were planted long before we moved here, so they are also like a big gift.

Some of the colors practically glow, and we’re enjoying them indoors as well.

Near the gladiola beds, the cucumbers have been growing vigorously in their own raised bed.

Today I spotted the first large cuke in the shade beneath the leaves. I’ll leave it for houseguests to harvest later this week. 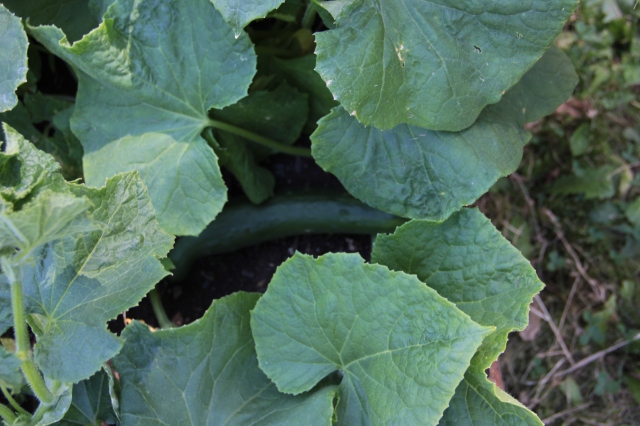